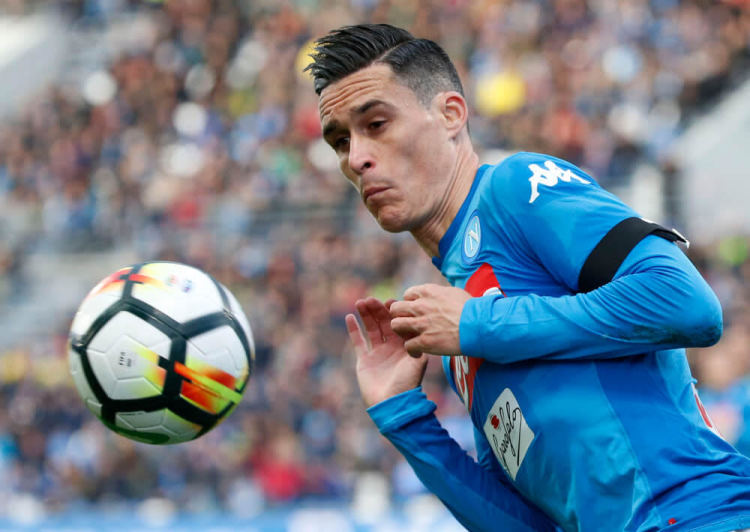 As the Italian football season nears its conclusion, Juventus look set to win their 7thScudetto in a row with Napoli once again set to be the runners up. Between themselves and Roma they will have finished second 3 times each in the last 6 years. Is there more behind this than misfortune?

Italian football. A club for the few, not the many?

Looking at the list of Italian football champions, starting from the first edition in 1898, one thing immediately catches the eye: two cities play a major role whilst the others are confined to relative anonymity. The clubs from Turin and Milan - Juventus, Torino, Milan and Inter have triumphed 76 times overall in the 113 editions of the Italian league.

Furthermore, a closer look reveals that only 5 out of the other 12 winning clubs are from outside what is geographically known as Northern Italy. 3 of them, Fiorentina, Roma and Lazio, belong to the Centre, while 1, Napoli, belongs to Southern Italy and one, Cagliari, to the Islands.

Those 5 sides together have won just 10 Scudettoes, that’s not even 1 every 11 seasons.

There are several reasons for such an imbalance between the North and the rest of the country and one is certainly historical.

In the early days of Italian football, the age of the pioneers, between the late 1800s and the beginning of the 1900s, new clubs were founded everywhere, but in the North West they literally sprang up like mushrooms.

This allowed teams from that region to play more matches and become more competitive than those from the rest of the country. Lombardy, Piedmont and Liguria were the regions where the game became most popular and they easily dominated the early campaigns.

Teams from the South or the Centre were admitted to the league, but they would struggle to make their presence felt.

It was only in 1925 that this dominance came to an end when another Northern club, Bologna managed to achieve their first success. Roma first triumphed in 1942 and were the first to do so from outside the North. The victory for the Wolves came during the Second World War and the claim that the Fascist regime had a hand on the win for propaganda reasons is not uncommon.

It was only in the decade between 1980 and 1990 that the non-Northern sides came to the fore as Roma won once and Napoli twice respectively. Paulo Roberto Falcao, the “8thking of Rome”, and Diego Armando Maradona, “the Hand of God”, were the heroes of those triumphs.

As the popularity of football increased amongst workers it became a focus for Italian industrialists, both for social and recreational reasons. Similar stories were unfolding in Germany and the United Kingdom. It wasn’t long before the great clubs belonging to the so-called industrial triangle, Turin, Milan and Genoa found themselves tied to some of the biggest companies in the land.

Pirelli the tyre giant owned Milan between 1908 and 1929. Most recently, Silvio Berlusconi, a property developer turned TV tycoon, led the club between 1987 and 2017.

The ties between the Agnelli family, the owners of FIAT, and Juventus are well known. This connection dates back to 1923 and still remains close almost 100 years later.

Torino were owned by Cinzano, Pianella and even FIAT, during the war.

Inter were funded by the fortunes of the oil rich Moratti family, whilst Sampdoria won their sole Scudetto under Mantovani, another oil baron.

Thanks to ownership structures such as these, Milan, Juventus and co were able to purchase the best players not just in Italy but from all over the world, blowing the competition away in the transfer market.

These clubs were set up like real companies, operating through an efficient hierarchical organization, Juventus being the prime example of what were well oiled, efficient business structures.

Since industry was not as developed outside the North West of Italy, most other clubs had to rely on lower budgets and had inferior economic powers. They were often forced to sell their best players. The truth is that even when they could hold on to their best assets, the relatively amateurish approach they had to management led to decades of defeats and failures.

For 30 years the shipping magnate, Achille Lauro wasted huge amounts of money on Napoli, acquiring players and making promise after promise to the supporters. In hindsight his main interest was to use his position as Napoli president as a springboard for his political career.

His successor, Corrado Ferlaino, also adopted unorthodox ways, signing the most important player in the club’s history Diego Maradona, without having the funds to do so.

It is unsurprising that Cagliari, Fiorentina, Napoli, Lazio and even Roma all failed, or found themselves on the verge of failure at some stage. This is something that hardly ever occurred to their Northern rivals.

Supporters and their attitudes are also a factor when considering the scarceness of titles below the Po river. In Rome, football has become more than just a sport, it is often seen as a matter of life and death. Every day, 700,000 Roman citizens listen to the radio stations dedicated to Lazio and Roma.

Some supporters feel they have a right to influence the club, putting heavy pressure on both players and managers. This kind of pressure is not present in the North, where the approach to the game is altogether more relaxed.

Lastly, there is the view that organized crime might also have influenced clubs such as Napoli, who incredibly lost a Scudetto in 1988, or Roma who also wasted a chance to triumph in 1986.

Northern clubs have managed to avoid being touched by the hand of the the Mafia, although with organised crime spreading its interests outside the Southern regions in recent times, the threat should not be ignored.

All things considered, it is unsurprising that the clubs from Milan and Turin have dominated and continue to dominate Italian football. Only a different mindset at all levels, will lead to a real change, but that does not seem likely any time in the near future.

Every decade has produced wonderful goalkeepers, b...

Italy - Lost on the road to Russia

The Azzurri are out! After almost 60 years of cont...

Napoli vs Juventus: more than just a fight for the Scudetto

With just a third of the Serie A season left to pl...

Roberto Mancini - A new era for the Azzurri?

Where the others see a track, Mancini sees a highw...